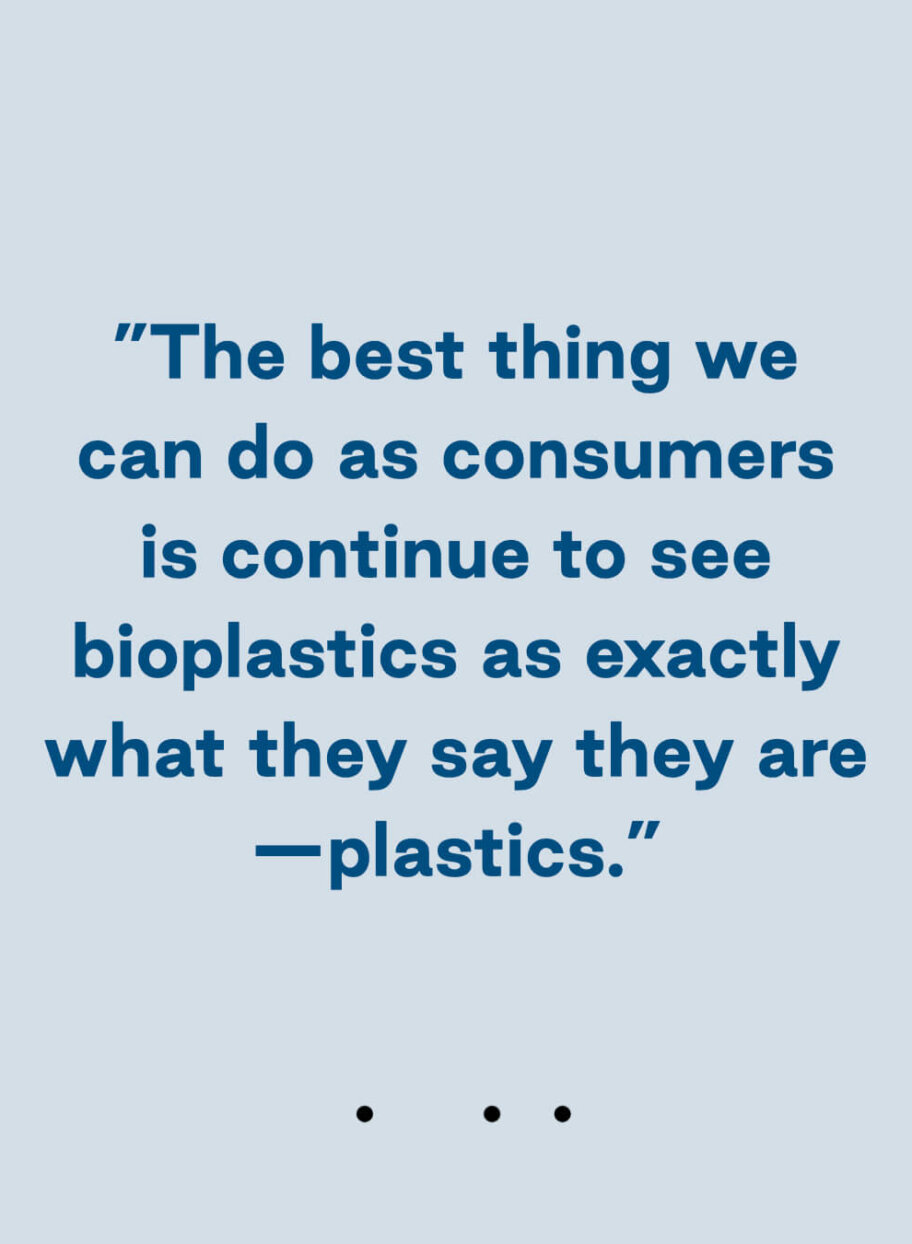 Bioplastics: The solution for plastic pollution, or just a bunch of garbage?

Since the 1950s, we’ve produced over nine billion tons of plastic with over 165 tons ending up in our oceans. Since about 9 percent or so of plastic gets recycled, the rest of this waste sits in landfills. What does it do there? It continues to pollute the environment for up to 500 years before it decomposes – IF it decomposes at all. Most of this pollution comes from traditional plastics, made from petroleum-based raw materials. The negative implications of plastic pollution have been known for years now, but environmentally friendly solutions are only just picking up steam. One of these “environmentally friendly” solutions? Bioplastics.

Bioplastics are made from 20 percent or more of renewable materials. Many cite them as the solution for plastic pollution because they claim to reduce the use of fossil fuel resources, shrink your carbon footprint, and decompose faster. They’re also less toxic because they lack Bisphenol A or more commonly known as BPA, a hormone disruptor that is typically found in products like protective eyewear, compact discs, and food containers.

According to National Geographic, bioplastic simply refers to plastic made from plant or other biological material instead of petroleum and is often referred to as bio-based plastic. You’ll hear this term used almost synonymously with “biodegradable”, even though there’s one slight difference: Bioplastics can be bio-based and non-degradable.

We know these biodegradable plastics to be more “eco-friendly” than traditional plastics, but an experiment conducted by Imogen Napper at the University of Plymouth had a very interesting outcome that showcased the lifecycle of these bioplastics.

The study couldn’t present any clear evidence that biodegradable, oxo-biodegradable, or compostable materials offered an environmental advantage over conventional plastics. As well, the potential for fragmentation into micro plastics even caused additional concern.

This experiment conducted by Napper collected various bags (labelled as biodegradable, compostable, and oxo-biodegradable, as well as conventional high density polyethylene (HDPE) bags), and put them in three different environments over a three-year period: buried in soil, hung in the air, and left in the sea.

The experiment uncovered that the bag labelled “compostable” (adhered to European environmental standards) completely disappeared within three months of being left in the ocean. In the soil, it remained intact for two years, but did disintegrate when researchers loaded it with items. The rest of the bags, including the “biodegradable” one were still present in both soil and water after three years and could even hold items. After nine months in the air, all of the bags were beginning to come apart, mostly breaking down into microplastics through a process known as photo-oxidation, which means that the sunlight fragments it versus it breaking down into organic components by itself. The guardian reports that after three years the “biodegradable” bags that had been buried in the soil and the sea were able to carry shopping.

As these bioplastics are becoming an extremely popular replacement for consumers that are beginning to demand more sustainable and safe alternatives, we are beginning to see a staggering influx of these materials in everyday products. According to the BBC, PHAs make up around 5% of biodegradable plastics worldwide. Polylactic acid (PLA), typically used in compostable coffee cups and lids, makes up another quarter. 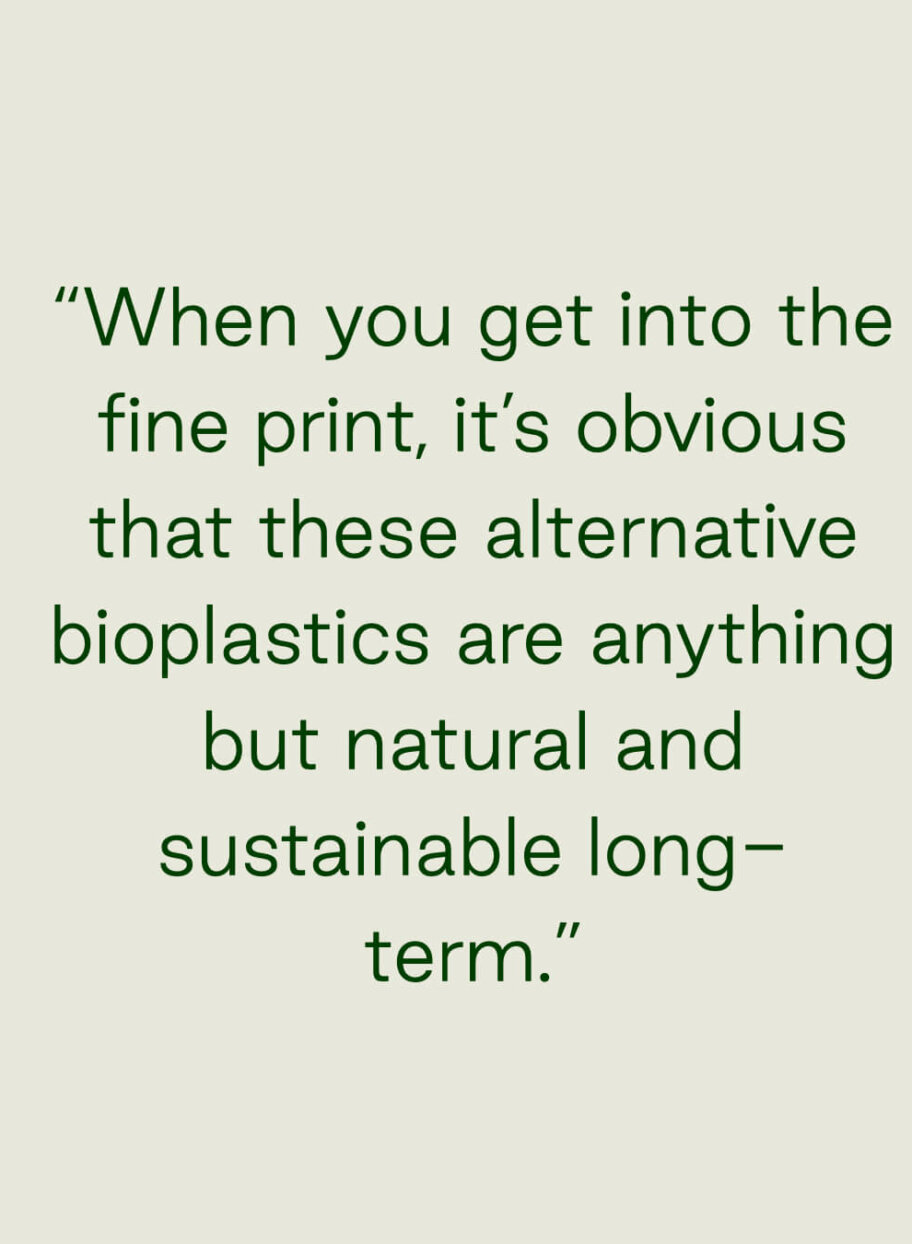 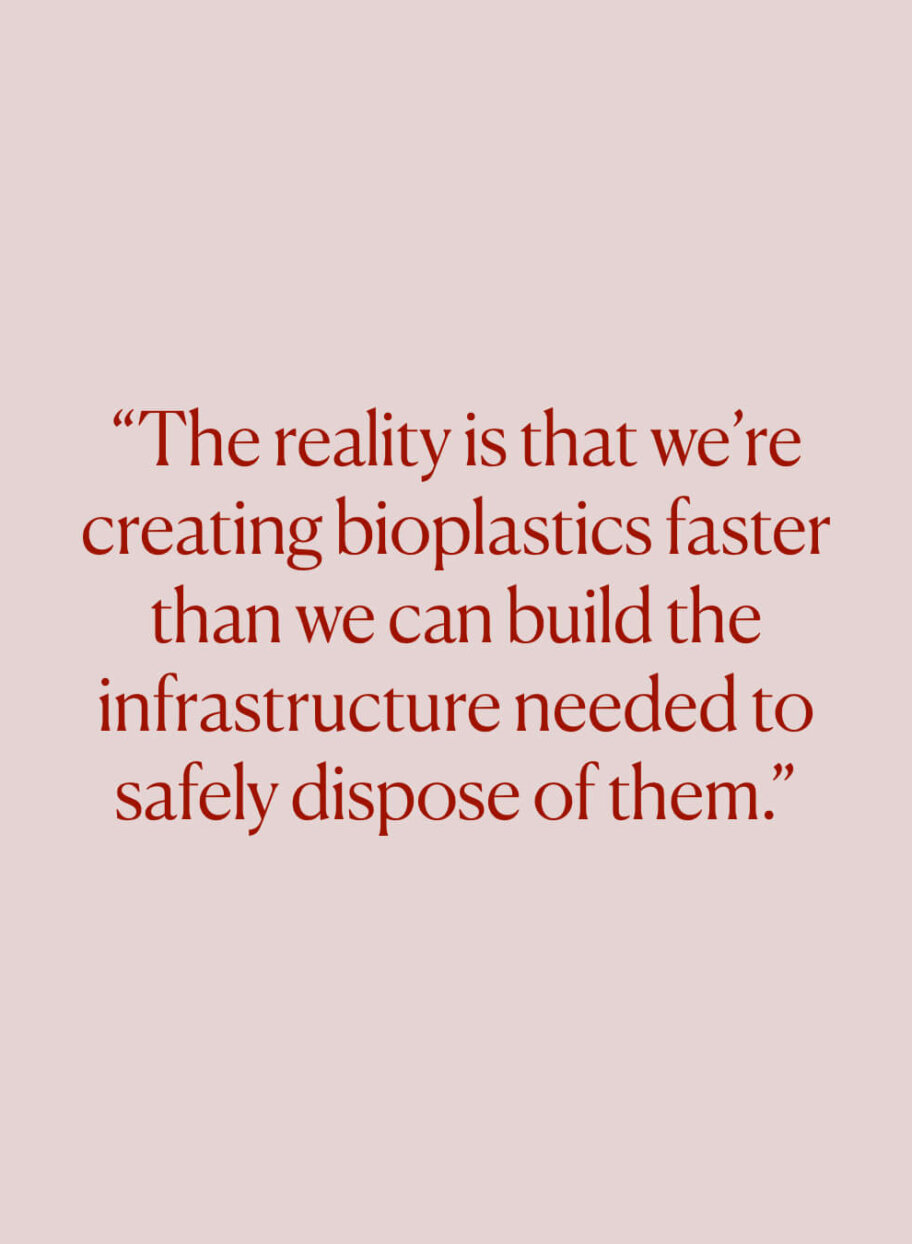 BIOPLASTICS ON THE RISE

On the surface, the process to make these bioplastics sound like a pretty sustainable and environmentally sound alternative, however, when you get into the fine print, it’s obvious that these alternative bioplastics are anything but natural and sustainable long-term.

Bioplastics seem natural because they’re commonly made from sugar, which is extracted from corn and sugarcane that can be converted to polylactic acids (PLAs), commonly used in food packaging. They can also be made from polyhydroxyalkanoates (PHAs) that are often used in medical devices (like cardiovascular patches) and are engineered from microorganisms.

When you dispose of these bioplastics, whether recycling or simply throwing them away, they still have the possibility of getting sent to landfills where they are potentially recycled like SOME petroleum-based plastics. Or they’re sent to a compost site, all depending on the type of polymer used.

According to The Balance, biodegradable items need to be degraded in controlled industrial composting environments or facilities at 140 degrees Fahrenheit for 10 consecutive days, in order for microbes to break down these bioplastics. The challenge? Very few of these facilities actually exist in the United States. Cities such as San Francisco and Seattle are exceptions because they have invested in their compost programs to ensure they achieve industrial temperatures. The unfortunate truth is that most haven’t. This is a problem because without these industrial temperatures, bioplastics still end up in landfills, your home compost heap, or worse, our oceans. If they do end up in our oceans, they will simply act as petroleum-based plastic, where they’ll break down even more into micro-sized pieces where they’ll remain for decades, which is a huge danger to marine life.

WILL BIOPLASTICS SOLVE THE PLASTIC PROBLEM?

Breaking the Plastic Wave, a two year study by Pew Charitable Trusts and SYSTEMIQ, found that despite the efforts of industry, governments, and NGOs, the plastic problem is only continuing to get much worse.

The reality is that we’re creating bioplastics faster than we can build the infrastructure needed to safely dispose of them. It’s the responsibility of major national brands to lead the way towards more transparent labeling and investment in proper disposal facilities and sustainable alternative research.

However, as more alternatives are created, it’s important that we ask the tough questions to uncover the true environmental benefits and challenges associated. Although these plastic solutions may continue to evolve, can they really be 100% sustainable solutions without the necessary infrastructures in place to effectively collect, recycle, and create them on a larger scale? Until we establish a definite end of their life cycle, bioplastics will continue to pollute our landfills and oceans.

The best thing we can do as consumers is continue to see bioplastics as exactly what they say they are—plastics, and ultimately refrain from plastic use altogether. 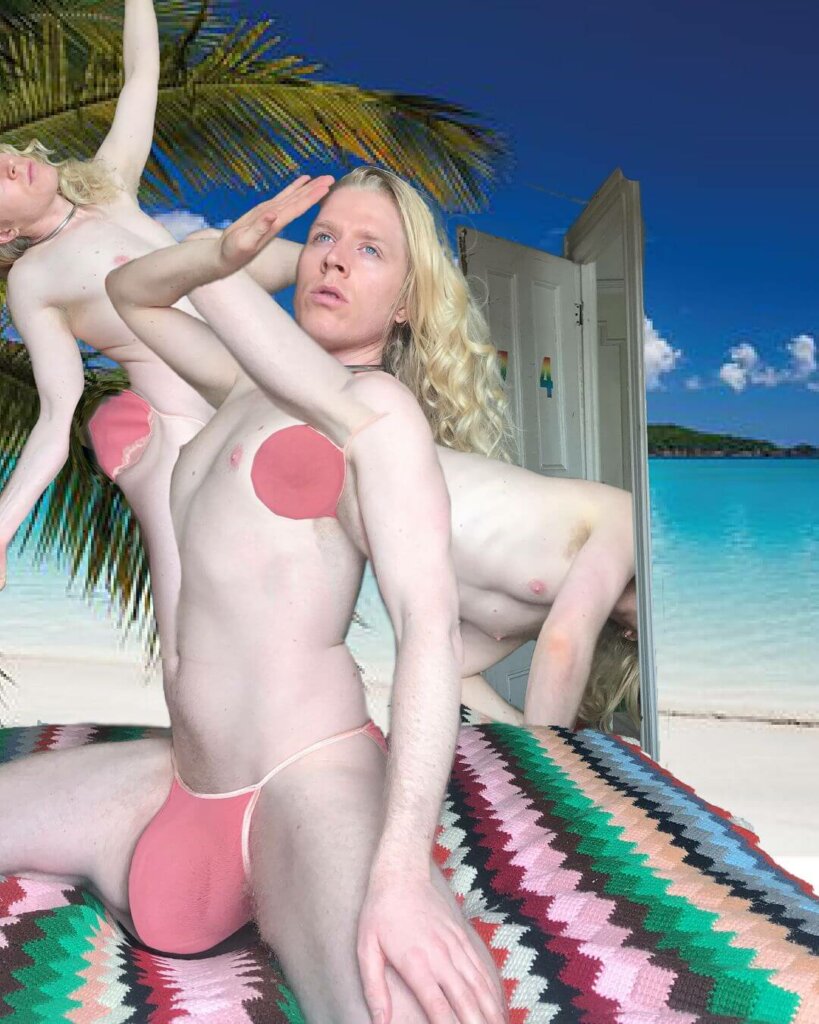 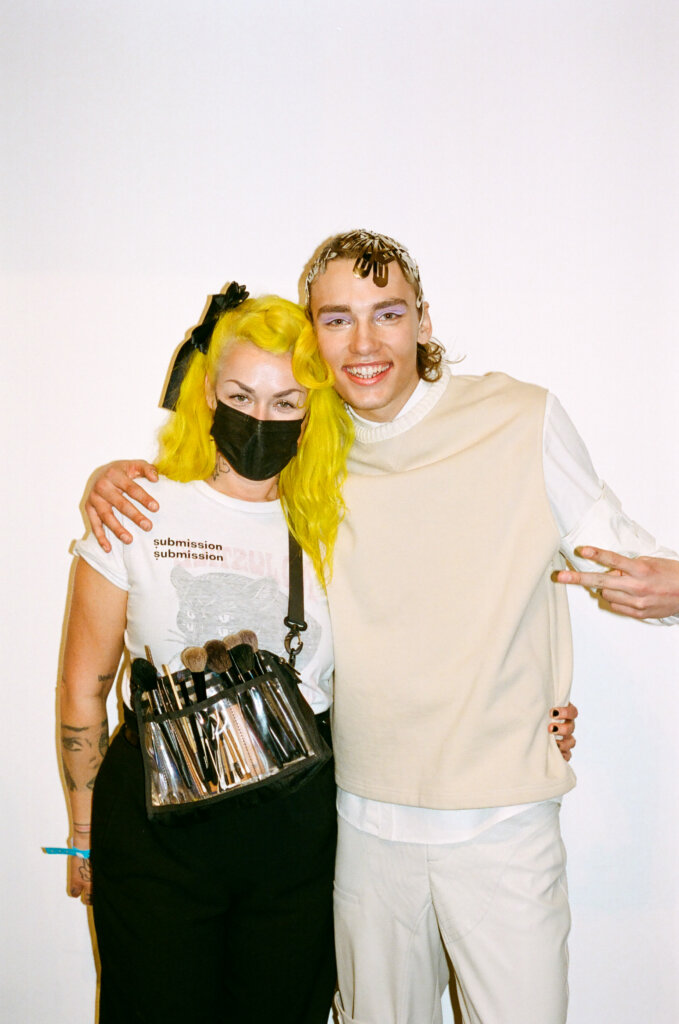 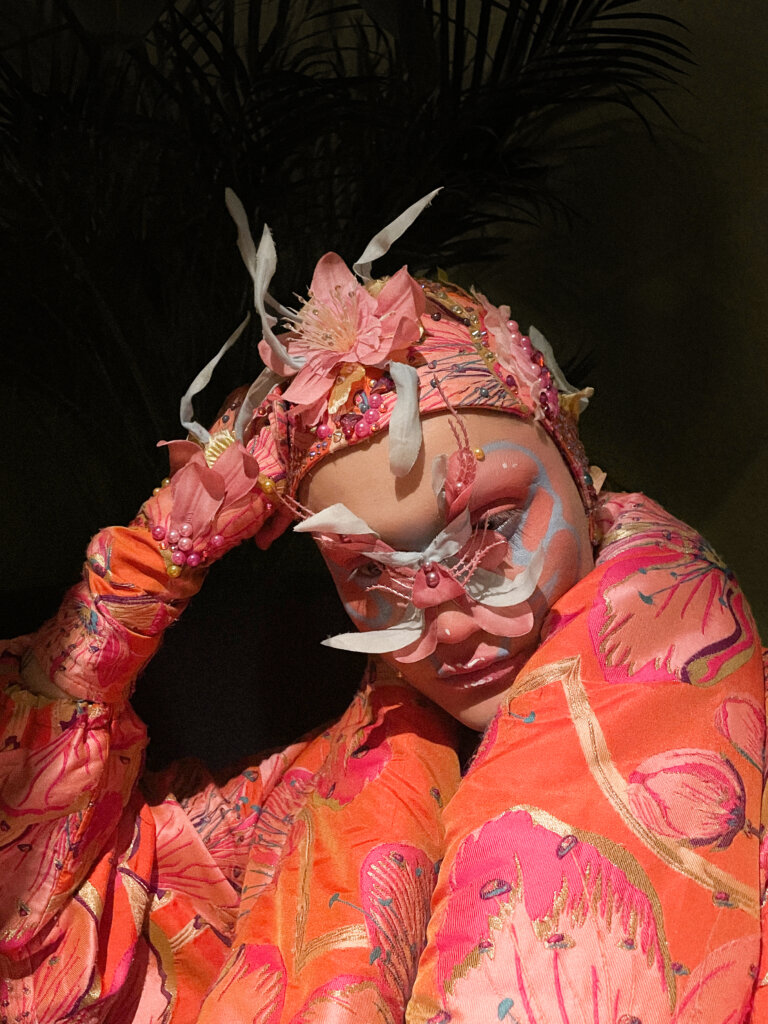 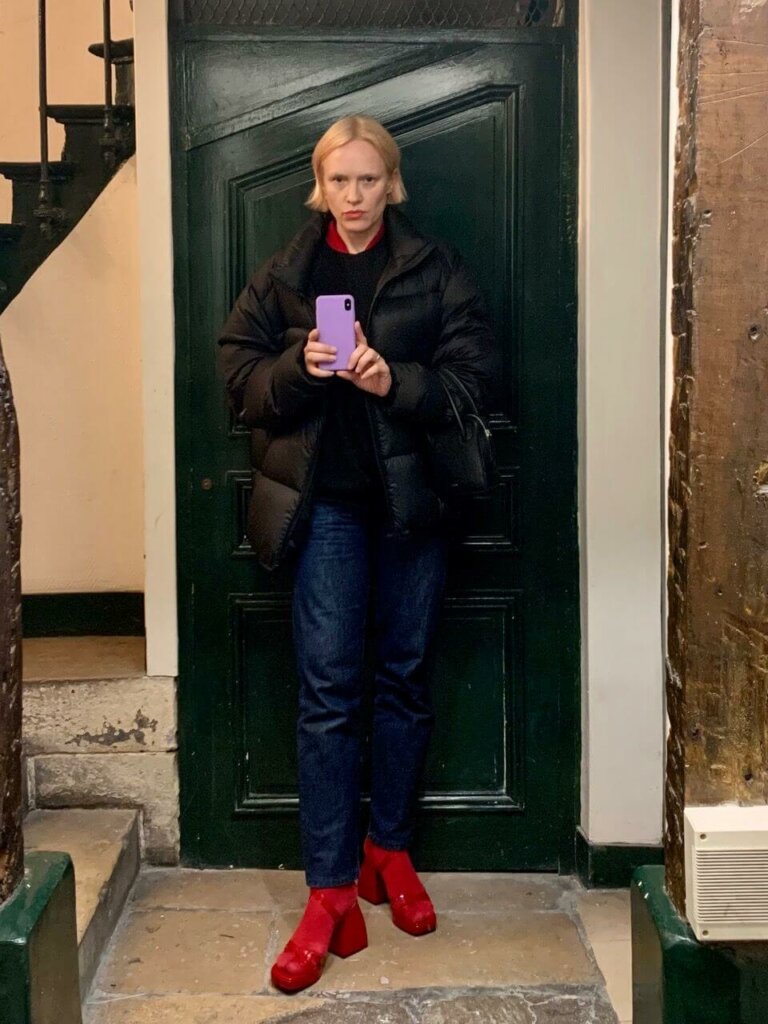 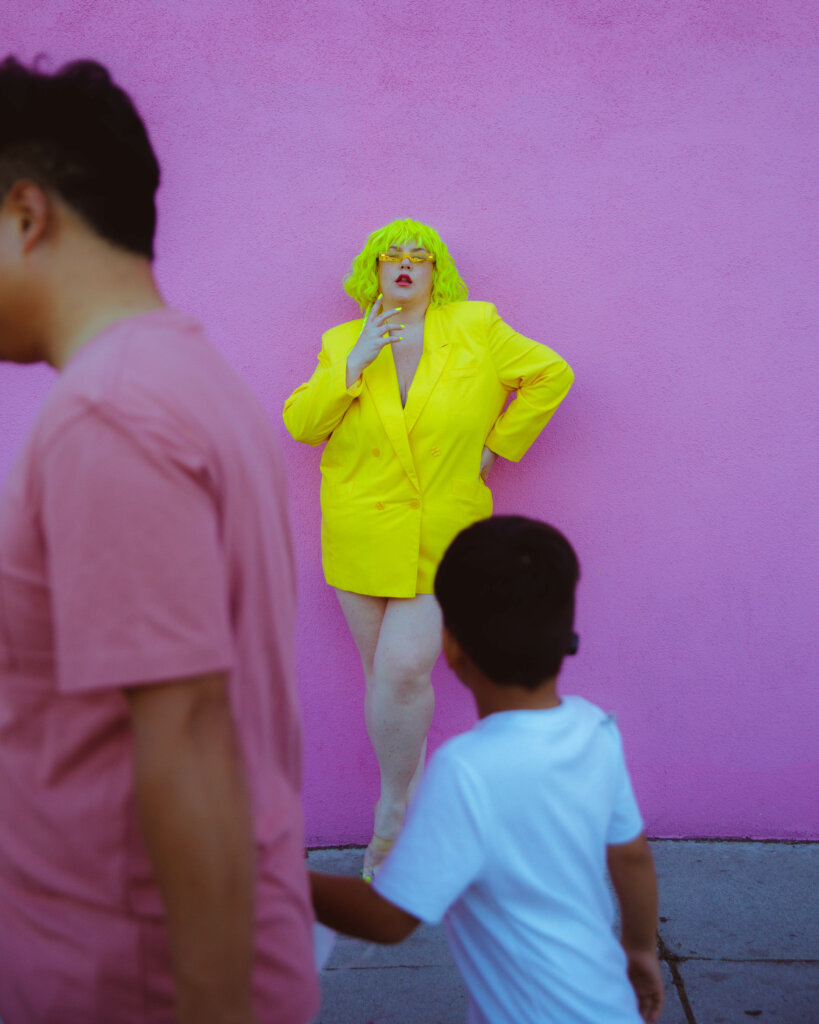 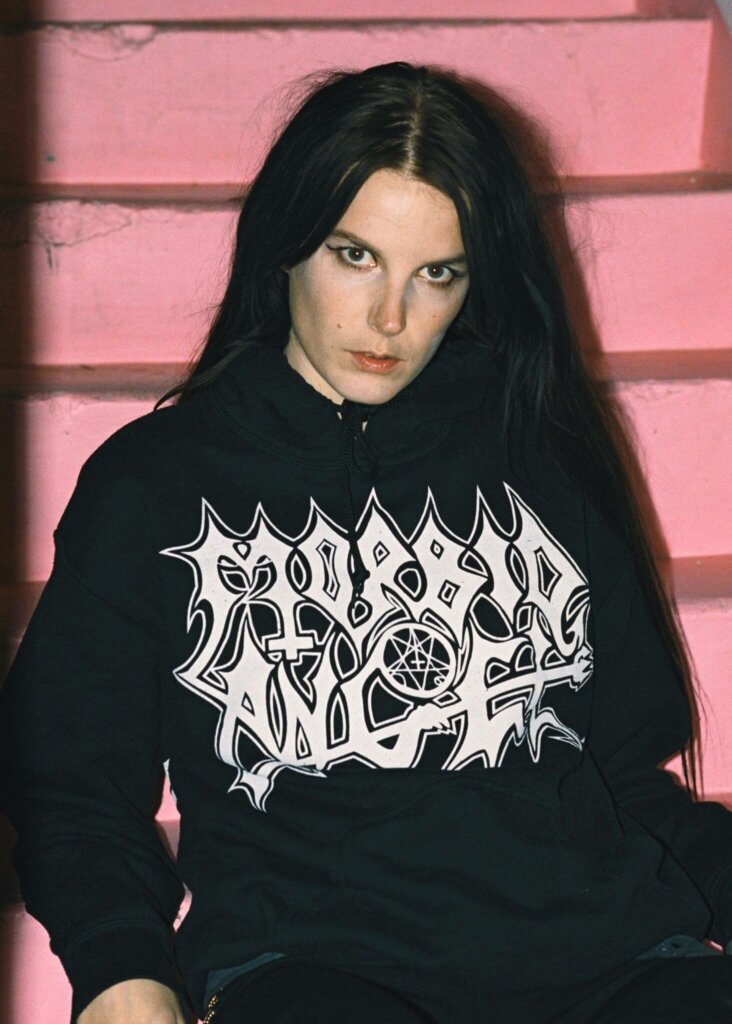